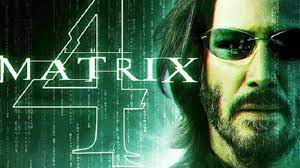 Yes, the new trailer for The Matrix Resurrections has confirmed that Neo is still alive. The long-awaited fourth installment in the Matrix saga recently dropped its first trailer and showed audiences a taste of what to expect when the sequel hits theaters in December. One of the biggest lingering questions about the story is how Neo has come back to life. And what do the machines that rule the world hope to gain from his resurrection. We will have to wait until December to find out all the answers. But in the meantime, what does the Matrix teach us about cracking the code to financial independence and obliterating wealth destroying robots?

We are big fans of the movie The Matrix. What person seeking Financial Independence could not relate to Neo trapped in a cubicle prison in the first movie? Isn’t that what everyone is trying to escape? So how can you harness your inner Neo and Trinity to achieve Financial Independence and escape the “matrix”?

Down a Rabbit Hole

Neo gets his chance to follow the white rabbit down the rabbit hole and he discovers the matrix. All his life he had been harvested and his mind trapped in a pre constructed world that he had no part in building. What an interesting metaphor.

The story goes on to explain that at some point in human history an artificial intelligence gone wrong enslaved humanity for our energy and thrusts our minds into the prison of the matrix.

What does this have to do with personal finances and achieving FIRE? Actually a lot!

We are all kind of born into a system that we had no part in building. The architects, whether right or wrong, either died long ago or are powerful forces greater than any of us making the rules. So how do we thrive in the “matrix”?

There is a point in the movies when the protagonist Neo sees the matrix for what it truly is, a series of code creating an artificial world. We are big fans of continual self education. That is one of the main motivations for us to manage this blog, to continually learn, research and try new money techniques or simply reinforce the tried and true. The simple point here is that you need to achieve some level of financial education in order to thrive in today’s world. If you do not understand investing basics, fiduciary rules, General tax info, homeownership rules, compound interest, then it is time to get educated. In other words, understand the “matrix” so you can survive in or out of it, whatever you choose.

A simple wardrobe of black could save money!

2. Big BAD robots will come for your money

If you let it, the world will come for your money. You have to be educated on taxes, fiduciaries, investment “helpers”, healthy consumer habits, the allure of advertising and knowledge, etc. There are literally thousands of people working around the clock to figure out a way to legally separate you from your money. I understand some of this is simply business, but you certainly will not build any wealth if you consistently spend and give away all you earn.

So here is a fun twist, make the Robots work for you. We like to mention all the time how important it is to automate your wealth building and create a wealth building robot army. It is still great to do your own trading on the side, but it is also important to have other automated systems working to support you with no extra thought. Examples are 401k contributions, self directed IRA’s, automated savings through your checking account, etc.

3. You will need to develop bravery

Neo was not brave at first, he was scared like many of us. It’s a first step to bravery that leads to more confidence. Neo is still scared but he knows what he has to do.

4. Write your own code

I believe one of the main concepts of FIRE is to write your own code and live life on your own terms. Part of Neos hero quest is seeing the world for what it is not what he wants it to be. You will have to see reality before you can manage your own.

Going after a goal and achieving FI takes courage to go against the normal consumer work forever state of modern existence. Most people willingly trade their time and energy for a bunch of consumer junk. Neo has to face his fears and harness an internal courage to break from the matrix.

Movies like The Matrix are highly inspirational for millions. These movies and stories are beyond entertaining, they are modern day mythology like the Odyssey, preparing us mentally to better manage the “real” world. Or is there a “real” world? 😜😎🙏💰