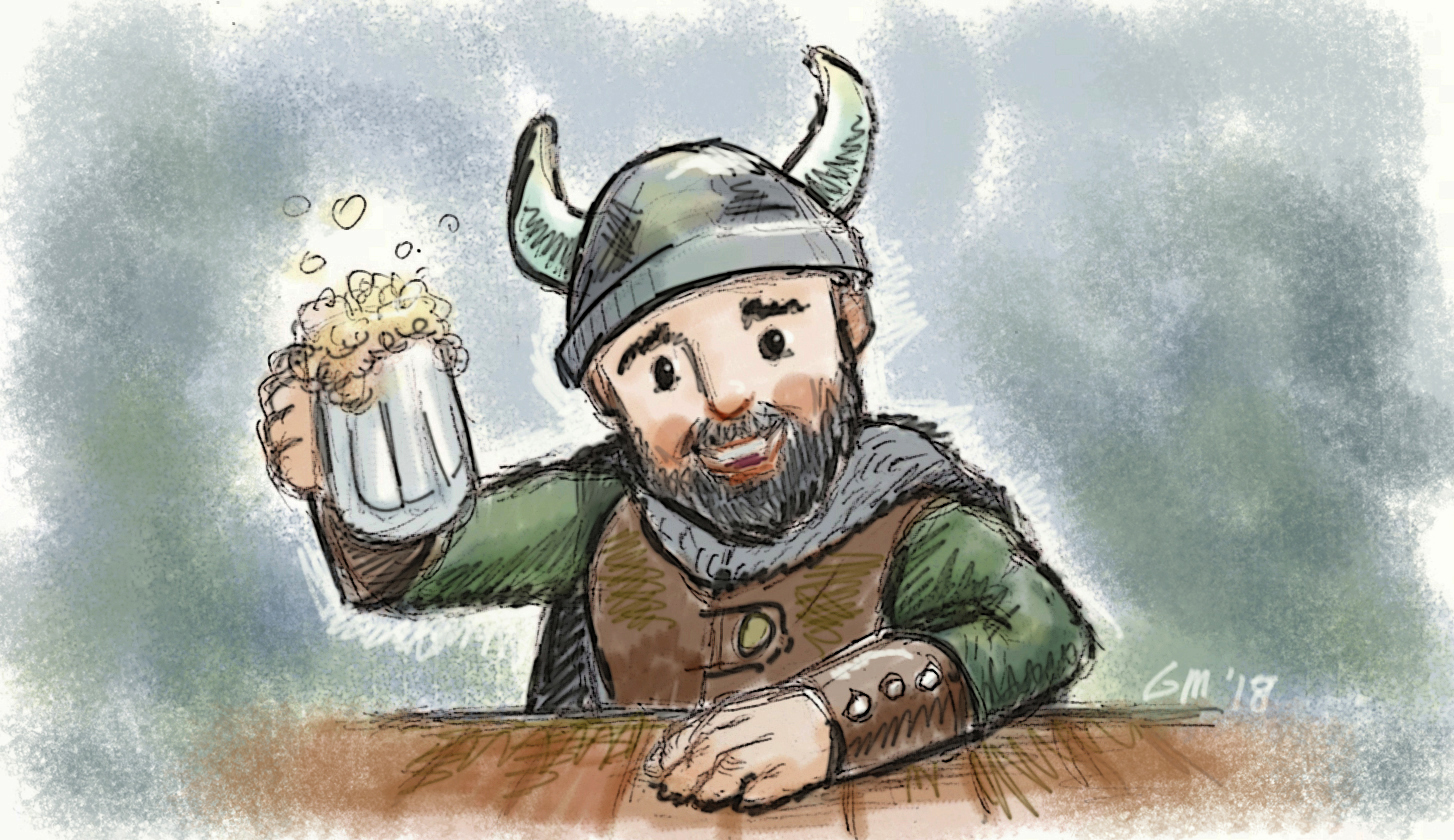 Introducing a very special guest writer today, my Dad, the original “Money Viking.”  He is a master home brewer (among many other impressive talents) and he shares his process and the economics of home brewing.  This is one of those do it yourself pursuits that can be highly satisfying and in the long run save you money.  You don’t have to drink it out of a horn, but if you got one, why not? Making your own stuff is one of those awesome pleasures in life and I believe has a powerful wealth building effect. The process of learning to make something is very enjoyable, provides a sense of mastery/skill and can ultimately save money! 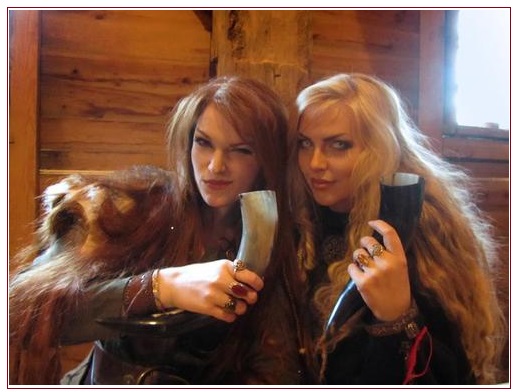 The Joy of Making Things

The popularity of craft beer has been around for a long time, but in recent years has gained amazing popularity. Many keep this as a hobby, while others have taken off with the openings of microbreweries, tap rooms, and more. Home brewing does not have to be complicated and there are suppliers that sell small batch kits in as little as a one gallon size. These kits have about everything needed to brew beer. It’s less intimidating for the first time brewer to consider an extract beer kit or combination extract/grain kit, rather than dive into an all grain endeavor your first time out. These small batch kits will get you 8 to 10 beers of your first brewing experience and yield a nice flavorful beverage. I’ll include a few resources at the end to help answer more questions to help you pull off your first home brew. I’m not directly endorsing these resources, but offering other information to give you direction for the questions you may have. 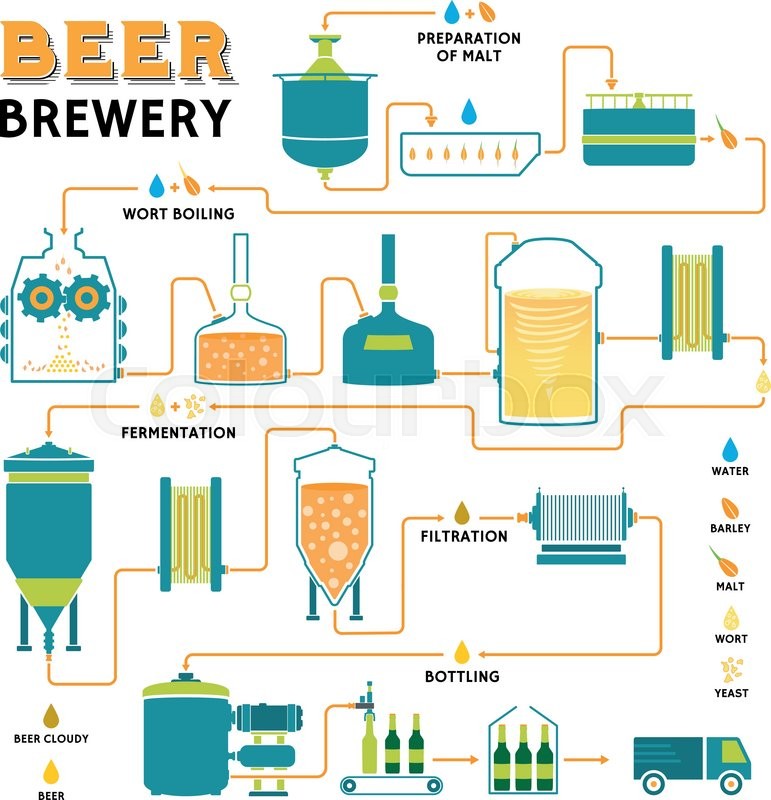 Brewing beer is the process of taking malted barley, soaking it in water for a period of time at a prescribed temperature which then converts grain starches into sugars. This process is called mashing., which results in a sweet liquid called wort. If you use an extract kit, you’re essentially skipping the mashing process by mixing the extract syrup into hot water. This syrup and hot water combination results in the sweet liquid called wort which you bring to a boil for a prescribed period of time typically called out in your recipe kit. Sanitary conditions need to be stressed. When the wort is cooled, EVERYTHING it touches from that point needs to be sanitized. The store where you buy your beer kit will carry products for this. Just ask the supplier about sanitizers as part of your shopping. The wort is cooled to room temperature where yeast is added, simply referred to as pitching the yeast. Once the yeast is pitched, the airlock is placed and the container should be placed somewhere out of the sun and in a place where room temperature can be as stable as possible. I’ve used a clothes closet for many years with great success.

Your beer is now ready to begin fermenting. Yeast goes through four phases: lag phase, growth phase, fermentation phase and sedimentation phase. These four phases are where the magic happens when sweet wort is converted to beer. Don’t expect anything to happen immediately after you’ve pitched the yeast.   The lag phase is where the yeast wakes up and realizes it has a job to do. This can take an hour or two before the wort begins to bubble and there is movement in the airlock. During the growth and fermentation phase you can expect a lot of activity. A creamy foam called krausen forms at the top of the wort and the airlock is very active. As the yeast consumes the sugars it gives off two primary byproducts, CO2 and alcohol. The bubbling airlock is simply the release of CO2. After a few days you’ll see all this activity settle down and much of the krausen will settle to the bottom of your carboy. Now is the time that most homebrewers siphon the wort from one carboy to another leaving behind the krausen that has settled to the bottom. This is a process called racking which takes your beer from primary fermentation to the secondary fermentation. Your kit will likely have a siphoning tube designed to make this easy to do. (Note: Racking is not absolutely necessary but I recommend this for a better end result. It just cleans up the process a bit and cuts down the possibility of some off flavors developing from the krausen setting in the bottom of your beer too long.)

The four fermentation phases can take anywhere from ten days to a couple weeks to finish. You can anticipate that at the end of two weeks , you’re pretty much ready for the final step which is bottling. Don’t go out and buy empty beer bottles from the supply store when you can save the bottles you may already be throwing away. You’ll want to use pop-top bottles. Twist off bottles, in my opinion, can’t be recapped with confidence and not be expected to leak. Or, the bottles like Grolsch with the porcelain/rubber flip top if you like. A dozen bottles will be more than enough for a one gallon batch. Clean and sanitize your bottles and caps. Again, your kit will likely give you instructions for properly getting this done. Once I’ve rinsed and inspected the bottles at the sink, I run them through a cycle of the dishwasher at the highest temperature (don’t add soap).

It cost me about $1.00 per bottle to make home brewed beer. This is the upside if you’ve purchased a six pack of your favorite craft beer lately. For me, I initially started home brewing with a brewing kit that had all the initial buckets, siphon tubs, capper, caps, airlocks, etc. The first beer I brewed was also a kit with all the ingredients and instructions for brewing. We had a 5 gallon deep fryer no longer being used so became my boil kettle. I knew where I wanted to go with this hobby and over time I have made improvements, changes and replacements of my brewing set up. It’s important to know that your craft brewing adventure, even on a small scale, has some startup cost. Whether you are doing this to save money will be up to the reader. You will enjoy something you’ve made and the creativity that goes with the effort. You’ll meet new friends and share ideas and recipes along the way, learning more about the science and art of brewing. You can brew your own beer at a reasonable price and you control how much you want to put into your initial purchases. It’s good to visit a brewing supply store if you have one in your area. Many of them offer a one evening introduction to brewing class. In closing, look around the house and in the kitchen to see what you already have. Pots, thermometer, strainers, measuring spoons, cups, etc. to help with you first brew. Cheers! 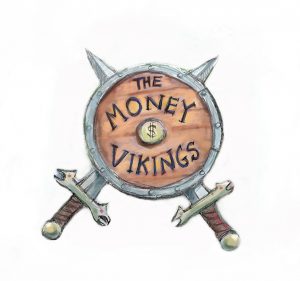